The original article was published at https://affiliates.legalexaminer.com/transportation/sierra-sam/.

So... what exactly is a crash dummy?

A crash test dummy is an anthropomorphic testing device (ATD). This is a fancy way to say that a crash dummy is a mannequin that closely imitates the size, shape, mass, stiffness and energy absorption of an actual human being. He (or she) is then placed in the awkward position of testing vehicles for crash resilience.  Merriam-Webster defines a crash dummy very simply as:

A life-size model of a person used in tests to see what happens to people when the car they are riding in gets into an accident. 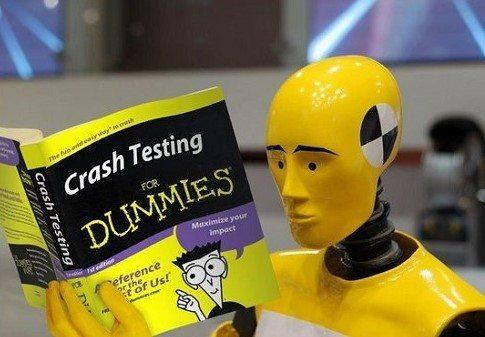 A brief history of the crash dummy

The first crash test dummies may have been the best, most responsive, most lifelike dummies in history, because they were actual people...human volunteers, such as medical professionals and engineers.

Believe this one or not, prior to the 1950's, cadavers also served as early crash dummies. The good news was that this allowed injuries to be observed on real bodies, the bad news was that cadavers did not come in standard shapes, and in test crashes they don't behave like the bodies of living, breathing human beings.

In addition to cadavers, pigs were also commonly used as early crash dummies. Pigs could sit upright in a car and they have a similar internal structure to humans. For these two reasons, pigs were often used in testing steering wheel impact. 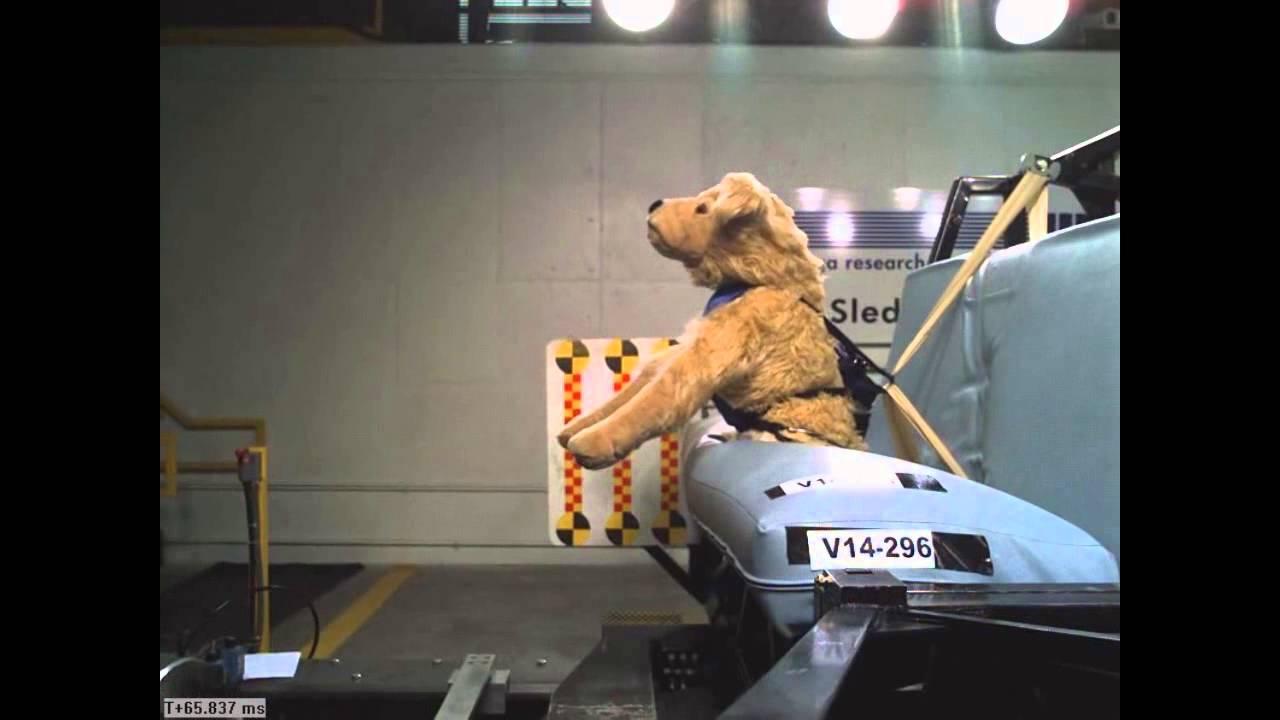 Prior to 1993, animals were often used as crash dummies

On September 27, 1991, the New York Times published an article titled "19,000 Animals Killed in Automotive Crash Tests".   In that article, the Times reported:

"About 19,000 dogs, rabbits, pigs, ferrets, rats and mice have been killed during the last decade in automobile safety tests performed by General Motors.  A company spokesman explained that the tests helped to reduce injuries to drivers and passengers and were performed on animals that had been anesthetized.  The testing was condemned by a leading animal rights organization, People for the Ethical Treatment of Animals, which called for a boycott of General Motors products."

Animal testing is no longer practiced by any of the major automobile makers;  General Motors  discontinued their live testing in 1993 and other manufacturers followed suit shortly thereafter.

What are today's crash dummies made of?

Today, the skeleton of a crash test dummy is constructed of aluminum and steel. Each skeleton has six ribs made of steel and synthetic plastic to mimic a human chest. Vinyl "skin" is then stretched over the skeleton. 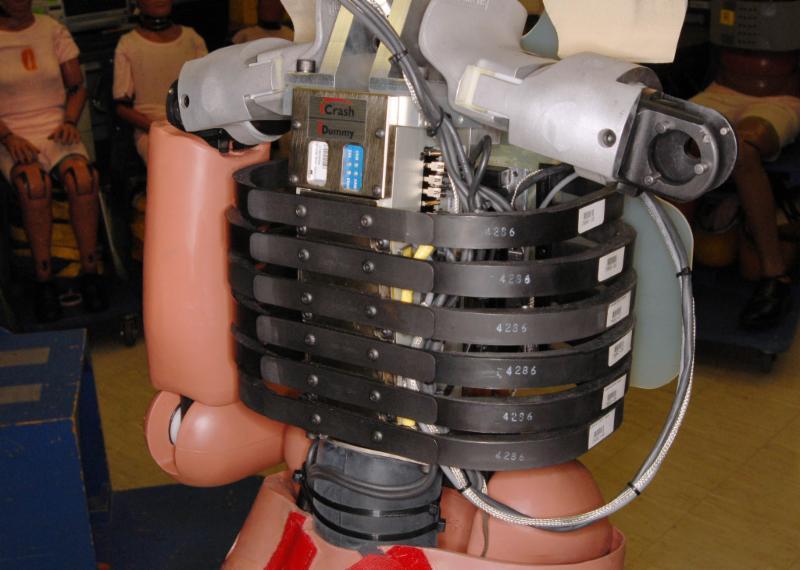 The dummy is then outfitted with advanced electronic tools that measure a range of effects on the human body from acceleration, electronic force, torque and deflection. Realistic joints as well as a neck, spine and pelvis made of rubber or foam encased in metal constructions give a dummy lifelike posture and flexibility, both of which play a large part in collision injuries.

At the end of the day, researchers then take this data and crunch the numbers to determine how to make cars safer.

Who the heck is (or was) Sierra Sam?

In 1949, Maj. J. P. Stapp, an Air Force flight surgeon studying the physiology of rapid deceleration, wanted to test his rocket sled on something resembling a human being.  The California-based company Sierra Engineering was hired to develop the project and wound up producing a crash test dummy that was appropriately named "Sierra Sam". 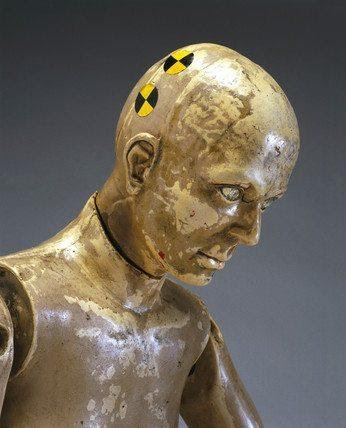 Sam was a 6-foot tall dummy made of rubber and steel.  His build was designed from a plaster cast of an actual human being.  Although somewhat primitive in design, he did have basic monitoring instruments in his thorax and head.

Sierra Sam continues to proudly serve as the foundation of the crash dummy industry.   Thanks to these super-sophisticated gluttons for punishment, as well as improvements in driver safety training, car drivers and passengers are 15 times less likely to experience a fatal car crash today. 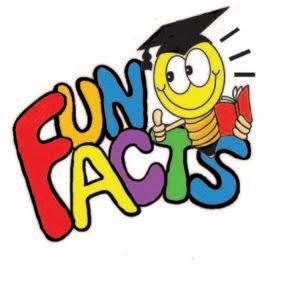 Here are a few fun facts about crash dummies...