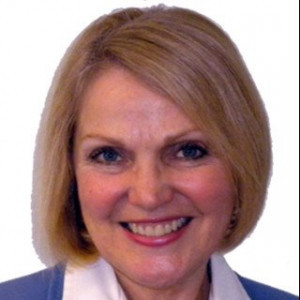 Carolyn Rosenblatt, RN, Attorney, Mediator has over 40 years of combined experience in her professions of nursing and legal practice. She has worked extensively with geriatrics and legal issues of aging. Carolyn has also authored her new book, “The Family Guide to Aging Parents: Answers to Your Legal, Healthcare and Financial Questions.” A must listen to!

Frank: I know that you put a lot of time and study into elder financial abuse. It's a huge, huge, problem in our society. What have you learned and how can we combat this?

So whichever number you pick, this is a massive problem. One of the reasons this is such a rampant issue is because of the relationship adult children have with their parents, especially if the parent was highly educated, or very successful, or very powerful, or intimidating.

I'll give you an example. This gentleman, whose family I worked with, had been the CEO of a company and was described to me as a tall, handsome, intelligent, imposing figure, always in control of everything. Well he developed dementia. He was placed in a fancy assisted living facility, and he was very lonely, he was widowed, and one of his caregivers decided she was going to make the best use of her role with him. She got very seductive with him in terms of being overly friendly, and the next thing we knew she had convinced him to wire $10,000 to her boyfriend in a foreign country.

That is an example of financial elder abuse, at multiple levels. The family was not paying attention to the caregiver – client relationship, which was out of line; you don't get that close to somebody you're taking care of in an institution, because you're an employee there. The family wasn't monitoring very closely, the facility certainly wasn't monitoring very closely, and anybody who would let this caregiver take this guy out of the facility, go to the bank, and do a wire transfer, there's something wrong with this picture. Now it isn't always that blatant, Frank, but the family members had a lot of trouble confronting their father about this. They were intimidated by him.

One of them was a professor at a law school, so the family's own ability to stand up to their dad goes back to their relationship with daddy from childhood. They were afraid of him. It doesn't matter how accomplished they are in their lives, how much they know about the law, it's still about dad, and the kids, and roles that they have played in the past that may stop them from doing what common sense would tell them is necessary. That's one aspect of it. It's just fear, or people are seduced into thinking that everything's okay because it's dad and he's really smart.

Frank: You brought up an example of a caregiver taking advantage financially of an elderly person. Most financial abuse, I understand, actually happens from within the family, is that correct?

Carolyn: Yes it is. This has been tracked, elder abuse has been studied pretty much by a lot of different entities, insurance companies, the government, elder organizations, a lot of research has gone on to try to get to the bottom of why this problem is so massive, and why it's growing.

There's no one answer, but families are the most frequent abusers of elders when it comes to finances. They have the opportunity, and that's the reason. If a grandson, for example, who is beloved by grandmother, wants money, or has a drug addiction problem, or whatever it is, knows that he can manipulate his grandparent because of that trusting relationship and that love, that grandson can take advantage of grandma very easily. The same is true with adult children and their parents; it is true with other relatives, sisters, brothers, financial abuse by family members is a huge problem.

When you look at the statistics about who else steals from elders it's interesting. Family members are the most frequent abusers. Caregivers and people familiar to the elder -- like the gardener, the secretary, whoever -- are the second most frequent abusers, also because of opportunity and the trusting relationship. But the most money, as a chunk, is actually stolen by professionals. Financial advisors, lawyers, insurance brokers, all kinds of people who are in a position to know how much money and how to get it.

Carolyn: Yeah, especially when it comes to financial institutions. I have seen some things that are horrifying. The legal profession is very much against the selling of what we call variable annuities to elders. There is a really strong move in the legal field to try and protect clients from getting sucked in to buying those. There are a lot of things to say about them, but generally speaking they tie up the elder's money for many years, 10 years, 12 years, really long time. It provides an income, but the problem is, let's say, an 80 year old person just got some variable annuities and tied up a bunch of their money, then they fall and break a hip, go in the hospital, come out, need care at home, want to stay at home, can't afford to pay the caregiver because their income isn't sufficient to do that.
They can't get the money out of their annuities without paying a huge penalty. That's where it falls apart in terms of being a good idea. The people who sell them make a huge commission, and that is the incentive for them to sell these people, to elders, and they have all sorts of justifications for doing so. That's where financial advisors take advantage, broker dealers, I should say, in particular, because they do not have what we call a fiduciary obligation to their client. They have only what's called a suitability standard, and that's kind of a joke.

Carolyn: Suitability only means it's okay that the institution makes money, and you could buy something that would be better for you. It is not something that is necessarily what is best for the client. Among financial professionals, only those with what we call fiduciary standard must do what is best for the client. That's only about 10% of the industry. The majority of people in financial services are advising our aging parents and grandparents in a way that is not necessarily best for the client. One of the things you ask is what can we do to protect them. I think we need to be doing a lot more looking over aging parent's shoulders than we ever did in the past.

Frank: Will the aging parents let you, is the question.

Carolyn: Yeah, there’s the rub. I think it goes back to the fear people have of the relationship with their parents. Their parents were in charge, and the children feel it would be disrespectful, that maybe they need to honor their parents’ independence.

I've heard every excuse in the book about why people don't step in, and I say sure, you just honor their independence right into bankruptcy, while other people rip them off because you do not have the guts to stand up and say, "Dad, this doesn't look right. Maybe we both need to look at this together." Or, "Dad, I'm really concerned about the amount of activity that I'm seeing you do on the internet with people you don't know. I really want to help you, can we talk about it?" There are ways to approach this that are respectful Frank, we don't have to just hide behind, "Oh I want to honor their independence." That's an excuse.

Frank: I have a couple more questions for you, but I just want to make sure we let people know how they can get your new book. I have to say I haven't read the new one yet, but I did read the old one, and I learned a lot. You did a wonderful job. Why don't you just tell people how they can get the book, and learn more.

Carolyn: Okay. The book is available on our website, at AgingParents.com. You can buy it on Amazon.com, and I think Barnes and Nobel is selling it. .

Frank: Again it's called, The Family Guide to Aging Parents: Answers to Your Legal, Healthcare, and Financial Questions.

Frank: A lot of books are being marketed on subject matters; tell us how your book might differ from those that others see on the market.

Carolyn: There's a tremendous number of caregiving books out there. They're all good; they talk about how you manage someone with dementia, for example, at home. I call them the caregiver books.

My book is the only one I know of that puts both of those things together. There's not a lot of legalese in it, but it does talk about what's power of attorney, and health care directives, and things like that. It also talks a lot about caregiving from a legal point of view. What do you have the right to do? What do you have the power to do? What do you need in order to take over certain responsibilities for parents? I think that's what makes it different, that I have the perspective of both being a caregiver, not only in the past, but I'm a caregiver now. I have a disabled brother, and I've got a 92 year old mother in law, but also as a lawyer, being in litigation for 27 years, and then working as a consultant. It's a perspective that not everybody has. I think that's what makes the book different.