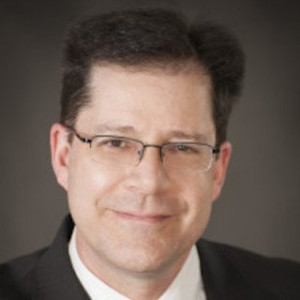 Dementia - Are We Ready for What's Coming?

Ian Kremer became the LEAD Coalition’s (Leaders Engaged on Alzheimer’s Disease) executive director in 2012, and has worked on dementia policy for nearly two decades. He discusses what our society faces and what is being done about this growing disease.

Usually, when we talk about joining the fight to end Alzheimer’s,we mean raising money to help pay for Alzheimer’s research. Few of us think about participating in the research itself.

I didn’t either until I spoke with Ian Kremer, executive director of the LEAD Coalition, on a recent episode of The Aging Boomers podcast. LEAD (Leaders Engaged on Alzheimer’s Disease) is a network of organizations working together to help eliminate the disease and forge federal public policy to ensure that people impacted by the disease get the services they need to live as high-quality, rich and promising lives as possible.

According to the Alzheimer’s Association, recruiting and retaining trial participants is now the greatest obstacle, other than funding, to developing the next generation of Alzheimer's treatments .

“One of the keys to advancing the science is getting more people like you and me to volunteer to be in registries and clinical trials,” Ian said. He then shared a few websites where people can learn more about clinical opportunities. .

“The first source I would direct people to is a federal government website run by the National Institutes of Health: www.ClinicalTrials.gov.

For those particularly interested in Alzheimer’s and dementia clinical trials, there is the Alzheimer's Association’s TrialMatch program.

“The web address is too long to spell out,” he said, “but if you go to the Alzheimer’s Association home page at ALZ.org and type “Trial Match” in the search box at the top of the page, it will give you literally hundreds of studies around the United States, what the eligibility criteria are, and you can look for one in your area and whether you might be qualified and how you can contact that trial.”

Today, at least 50,000 volunteers -- both with and without Alzheimer's disease -- are urgently needed to participate in more than 130 actively enrolling clinical trials about Alzheimer's and related dementias, according to the TrialMatch site.

“There are two other specific studies I’d like to mention that are recruiting now,” Ian said.

First is the A4 Study, which is a trial aimed specifically at Alzheimer's Disease prevention, and its website is A4study.org.

The second is the Nobel Study, which is aimed at slowing the progression of the disease for people who already are at a very late stage of Alzheimer's or other dementia. That site is www.Noblestudy.org.

“There are lots of other great studies out there,” Ian said. But those two clinical trial study sites as well as these two particular studies all are a great starting place for people interested in trying to help make a difference in bringing an end to these diseases.”

Dementia - Are We Ready for What's Coming?
Franchise Opportunities