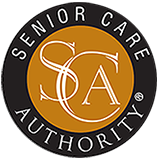 Interested in setting up your own Senior Placement Agency in your area?

Be the first to leave a review